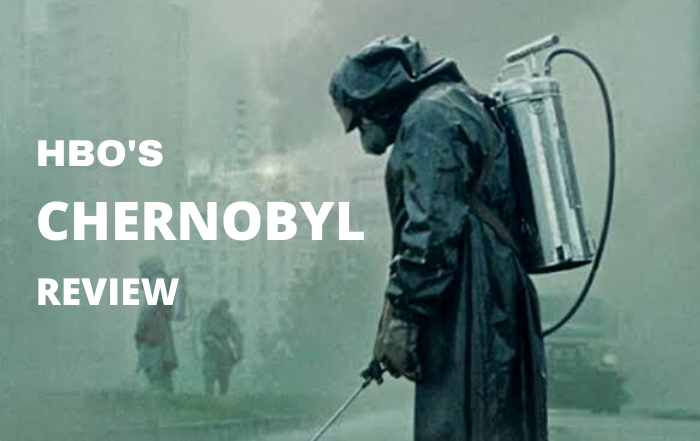 The British-American miniseries ‘Chernobyl’, aired on HBO and Sky in May and June 2019, unveils the tragedy of the Chernobyl nuclear disaster. Five grim episodes uncover the night and the consequences of the most dreadful nuclear disaster in our history. It takes you on a horrendous journey of insanity and madness that leads to the explosion of reactor 4, which depicts the greater crisis, and denial about the current issue. There was no answer to one question, how did the RBMK reactor explode? When logically it is impossible to happen.

The Chernobyl web series is created and written by Craig Mazin. And directed by Johan Reck. The first episode of the series strikes a question “What is the cost of lies?” – Certainly that question becomes the major plot point of the story. Within a few minutes, the audience witnesses a frightful suicide of a well-known nuclear physicist Valery Legasov. Then the story precedes in flashback and reveals exactly what happened two years before, on the day of the explosion. And all the lies that endorse the crisis. The five-episode web series Chernobyl unravels the aftermath of what is deemed to be the most tragic nuclear disaster in history.

On the night of the nuclear disaster April 26, the Chernobyl nuclear power plant witnessed a tragic explosion. Numerous people lost their lives. Rescue workers, firefighters none of them survived the radiation caused by the explosion. The first episode of the web series gave a little sight of the catastrophe that is about to unwind in the next couple of days. The aftermath of the explosion will be endured by the entire nation in the upcoming years. The government doesn’t have precise records of how many people died or suffered in the years to come. The future of Chernobyl was uncertain and blurred out by the ominous blazing light from the Burning reactor core. Within three days to three weeks, people died in excruciating pain and agony. The explosion raised many questions, but there was no justification. It was proven that the RBMK reactor does not explode. What exactly happened in the control unit on the night of the explosion. It was stated by the government officials that the core was untouched, the water tanks exploded, and the radiation was even less than one chest x-ray, but the outcome was frightening and much worse than any nuclear accident ever happened on this planet. 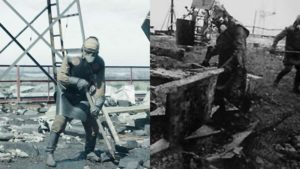 Valery Legasov is one of the crucial characters in this web series; he stood strong on his ground even after the rigorous opposition from the government. The government officials denied everything related to the Explosion, and the bloodbath that happened in the Chernobyl power plant. Legasov was given the charge of enclosing the crisis, He knew that there was no core left. Along with “Boris Sherbina” played by Stellan Skarsgard, deputy chairman of a council of ministers, and “Ulana Khomyuk” played by Emily Watson, a nuclear physicist from Minsk. They fought side by side against the world’s most disastrous nuclear disaster. They fought for the truth which was hidden by the Soviet government. 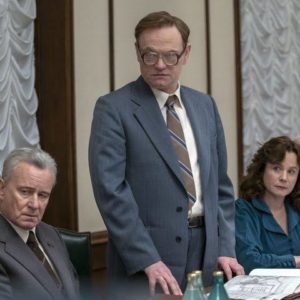 To be a scientist is to be naive. We are so focused on our search for the truth we fail to consider how few actually want us to find it. But it is always there whether we see it or not, whether we choose to or not. The truth doesn’t care about our needs or wants, it doesn’t care about our governments, our ideologies, our religions. It will lie in wait for all time. And this, at last, is the gift of Chernobyl. Where I once feared the cost of truth, now I only ask: “What is the cost of lies?”

Chernobyl unbinds the tragedy and apprises the rim story in a captivating manner. Every episode is crammed with suspense that keeps the audience hooked till the end of the show. It gives prominence to the brutality of the man-made tragedy. Unveils the story of the untold warriors. In the form of firefighters, rescue workers, and miners. And the devastating outcome of a nuclear disaster. It also emphasizes the political state of the Soviet government. It reveals lies, denials, a power-hungry political mindset, disaster cover-ups by states, and governments which lead to a greater crisis, excruciating pain, and suffering in the lives of citizens. 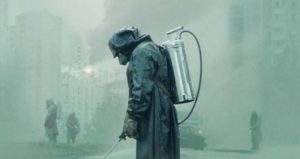 The dialogues are inspiring, and thought-provoking. The acting was on point. This was a magnificent dramatization of horror and chaos. The dark, vicious mini-series. It is a must-watch. Each episode is compressed with exhilaration and tragic outcomes. It took my breath away. In every possible way, the Chernobyl mini-series is a masterpiece.