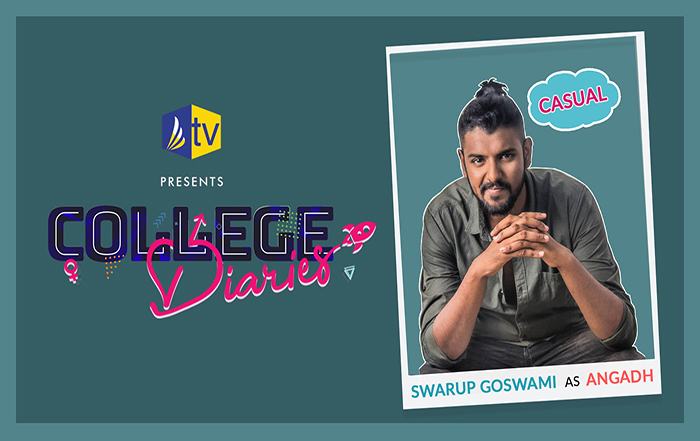 The sea was tender and the Zephyr was growing

And before the time he was maturing

No matter his age, he had enough courage

The sea was buzzing and the Zephyr was strengthening

And before the time he had a tough fettle

No matter his age, he had enough to settle

And before the time he was that strong air

No matter his age, the devil may care

The sea was roaring and the Zephyr was at its peak

And before the time he was carefree

No matter his age he wanted to flee

The rude sea shattered others delicacy

Suppressed emotional side shows up intentionally

Angadh hides behind his ocean full of sarcasm

Because Swarup has faux and frenzy in his freedom

“Fulfil your dreams” is what I believe and this made me take up the role of Angadh in College Diaries. The kind of person who is passionate about acting since childhood, who loves to be in front of and behind the camera as well. Exploring new fields, new ideas and never stopping at any obstacle is what I believe. While giving the auditions I had one vision in my mind – To be “Angad” and it was accomplished. That’s how I became Angad. A passionate cinematographer and an acting freak, all ready for the new journey of my life.