Dogs have been known to reduce stress levels in human beings and they have been employed for therapeutic purposes in hospitals, nursing homes and hospices. Specially trained dogs can detect drugs and work with bomb defusing squads across the globe. They are also able to rescue people in the most inhospitable regions like Alaska and the North and South poles. 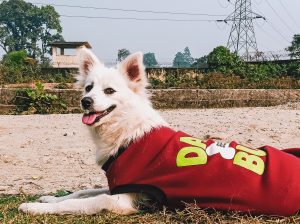 Next to man, dogs are very sociable and reach out to human children and babies. Children can be more active and socially disposed if they possess dogs at home. They can be a comfort to people who crave unconditional interaction with another living being.

Some famous dogs can be named on this certain occasion. A beloved pet of the famous therapist Sigmund Freud, called “Jofi the Chow Chow” was used to calm his patients who were anxious and during the therapy sessions the presence of Jofi had a tranquil effect. “Rin Tin Tin” was a famous movie dog actor. He was discovered by Corporal Duncan in a kennel that was bombed during World War I. Rin was the only dog that survived the war and began starring in movies in the early 1920’s.

In the 1890s, Russian physiologist Ivan Pavlov noticed that the dogs he was studying not only salivated when they were being fed, they salivated whenever the bell rang. This helped him in forming his theories on conditioned reflex.

On this day, we must shower love to our dogs, as they are the most loyal companions to humans as well as their ability to guard us from intruders to our homes. (Happy National Dog Day!)