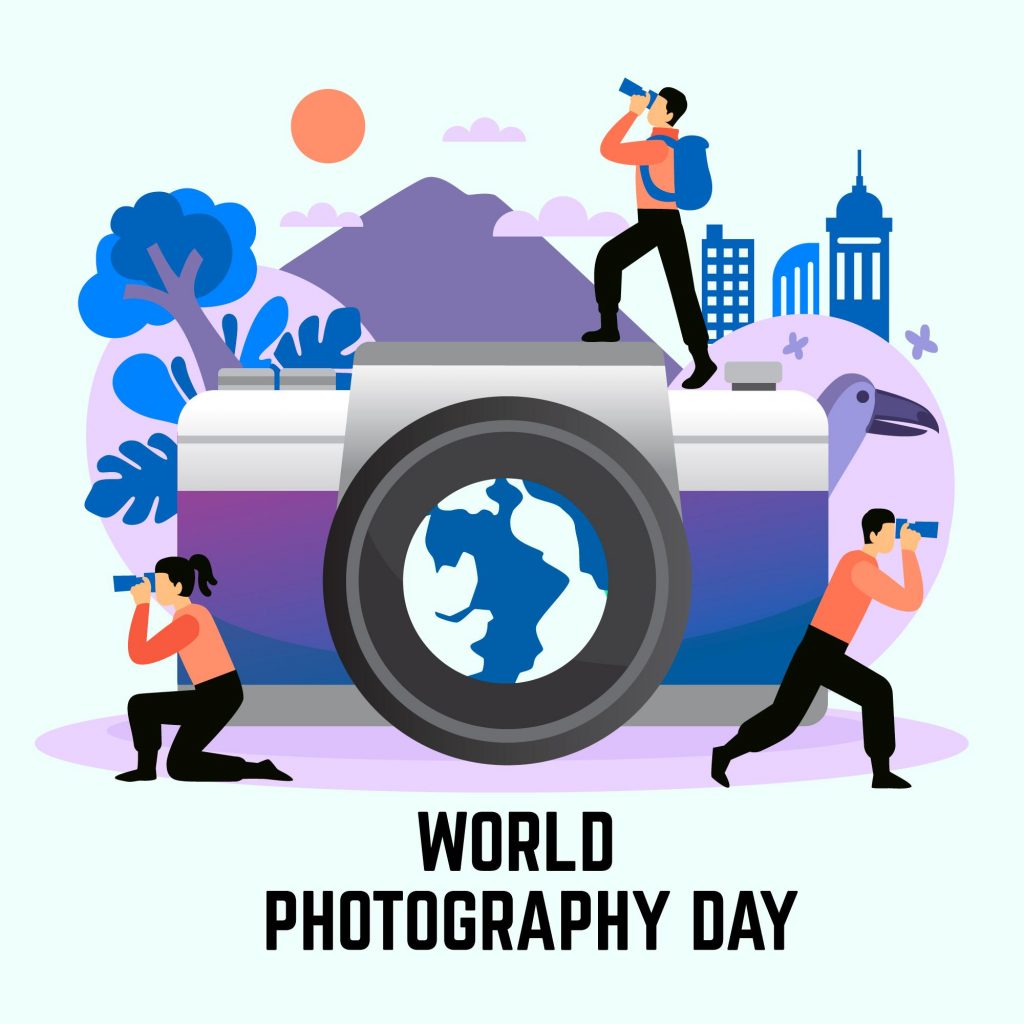 “You don’t take a photograph just with a camera. You bring to the act of photography all the pictures you have seen, the books you have read, the music you have heard, the people you have loved.” –Ansel Adams

Capturing the present moment helps you relive the moment in the future and helps you recall the days that are gone by. It has been a trend for decades: the art of preserving memories. It’s obvious that you all too feel nostalgic while going through the family albums, right? All the credit goes to the ability of photographs and preserving the moment for the future!

Photography, in technical terms, means the art of ‘drawing with light’, light being the key element of photography.. The word is a combination of two words of Greek Origin, “phōtós” meaning Light and “graphê” meaning to draw.

Every year, August 19th is observed as World Photography Day. It’s the day when all the photo enthusiasts come together and share their experiences and their work across various platforms and motivate one another and also encourage those who want to enter into this field. One can witness the work of various professionals in the Art Galleries throughout the world. People all over the world convey their feelings through the art of photography. When flipping over the pages of the history of photography one will come to know that the first photograph ever was taken was “the view from the window at Le Gras” in the year 1826 by the French inventor, Joseph Nicephore Niepce. The photograph was captured, using Camera Obscura, from the windows of Niepce’s estate in the Burgundy region of France.

In the year 1829, Louis Daguerre partnered with Nicephore Niepce as both of them were working at permanently capturing the images they saw at camera obscura. Both worked diligently in preparing a medium that is sensitive to light, using a lens and light to form an image upon it, but then making the same medium insensitive to the further exposure so that the final image could be viewed in light without causing any harm to it. But unfortunately, Niepce passed away in the year 1833, but Daguerre continued the work with his son, Isidore. Finally, in the year 1837, Daguerreotype was developed.

Photography has now become one of the major professions as many are taking up as their Career. Photography is the photographer’s way of showing the world to the people the way they want them to see. It’s how they communicate their feelings and express themselves! One has the choice to enter into any genre of photography as there are lines of photography genre available, from aerial photography to wildlife, the list is pretty wide!

Here, let’s have a look at some of the interesting facts related to photography.

During those days, taking photographs was a very big deal and not everyone was privileged in this matter, but look at the current scenario! Almost each and everyone can give their shot at photography, photography has come a long way. In today’s time, even the cheapest of the cell phones come with a camera feature attached! This is all because we humans have formed a habit of capturing each and every moment that we live. And not even a single occasion gets over without lots of selfies being taken!!

“In photography, there is a reality so subtle that it becomes more real than reality”- Alfred Stieglitz

So, this World Photography Day share your best photographs and let the world see how  your world looks.