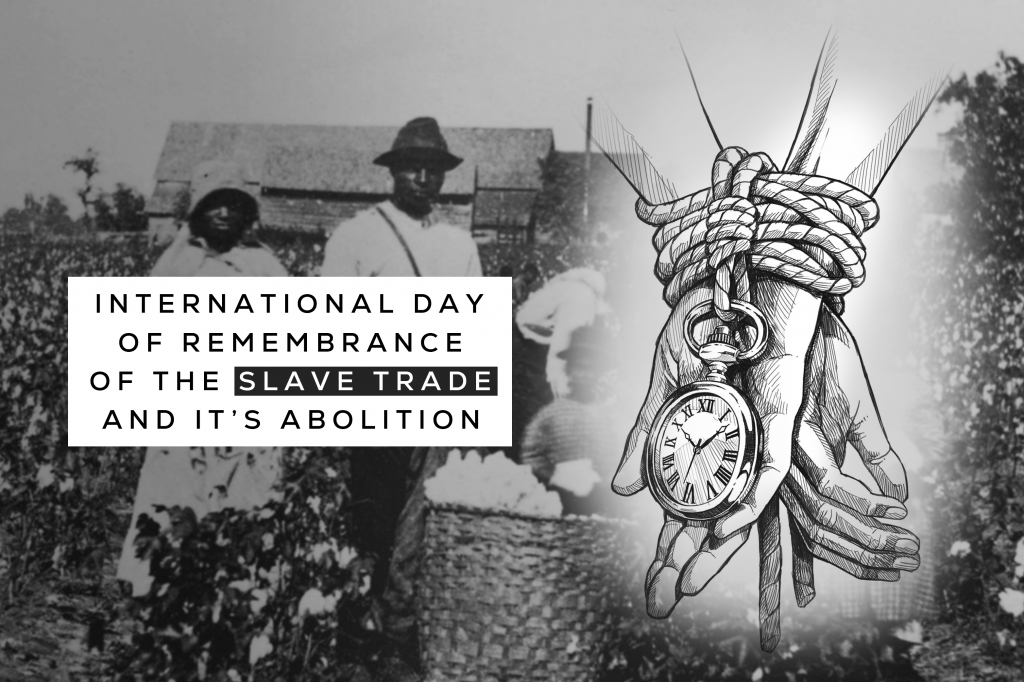 International Day For Remembrance Of Slave Trade And It’s Abolition

About 400 years ago there existed one of the darkest chapters known to human history,15 million men, women and children were the victims of tragic transatlantic slave culture. This is the story of the night of 22 to 23 August 1791 when Santo Domingo saw the beginning of the revolution that played a crucial role in the abolition of the transatlantic slave trade. The rebellion weakens the Caribbean Colonial system, which led to the abolishing of slavery and gave the island it’s independence. It is because of this history that international day for remembrance of the slave trade and its abolition is commemorated in 23rd of August every year.

In the year 1988 UNESCO officially declared 23rd August as the International Day for the remembrance of the slave trade and it’s abolition. This honours the memory of those men and women in Santo Domingo, who revolted and paved the way to end slavery and dehumanization. This day for the very first time was celebrated in several countries, including Santo Domingo (presently known as Haiti).

The year 2001 is a landmark year year for this day because it saw the participation of the Mulhouse Textile Museum in France in the form of a workshop for fabrics called “Indiennes de Traite” (a type of calico) which served as currency for the exchange of slaves in the seventeenth and eighteenth centuries. And since then this day is observed worldwide but it is not a public holiday.

How is this day observed?

Every year the United Nation invites educators, students and artists from around the globe to be the part of events that centres around the theme of this day. Theatre artists, musicians, cultural organizations take part on this day showcasing their intolerance towards the slave trade through performances like music, dance and drama. The educators promote this day by talking about the historical events that are associated with this day. They also talk about the consequences of the slave trade and promote human rights. And many organisations including youth associations, governmental agencies, non-governmental organisations actively take part in the event to educate the society about the negative consequences of the slave trade.

Why is it observed?

Now a question may arise, what is it that makes this day a special event? Well, on an international day for remembrance of the slave trade and its abolition we not only remember slavery but it is also the time to address modern-day exploitation and human trafficking. The two words slavery and human trafficking hold different meanings but they are often confused with each other. While it is important to put light on the former, we must understand the meaning of human trafficking so that we are prepared to tackle it today.

Since both the words- slavery and human trafficking deal exploitation of targeted population, there are some differences between two terms. On one hand, slavery means legally being owned by someone else or being a property of someone else, while human trafficking, on the other hand, deals with act means and purpose of exploitation. As defined by the Trafficking Victims Protection Act (2000) passed in the United States, and backed by Palermo Protocol, states that “trafficking in persons shall mean the recruitment, transportation, transfer, harbouring or receipt of persons, by means of the threat or use of force or other forms of coercion, of abduction, of fraud, of deception, of the abuse of power or a position of vulnerability or the giving or receiving of payments or benefits to achieve the consent of a person having control over another person, for exploitation.”

Now since the abolishment of slavery, it has opened the gates for the more criminalised activity of human trafficking. Human trafficking disproportionately affects most marginalised, vulnerable and oppressed groups of people. Putting the legal definitions aside slavery and human trafficking both have some overlaps. They both are about power, financial control and ultimately exploitation.

What should we do?

Talk about it. Spread awareness regarding the difference between these two. Make people understand that slavery existeted in the past and human trafficking still exists today and will continue to haunt our society until we are gain awareness and act accordingly.

Encourage communities and people around to recognise 23rd August as the day for observing an international day for remembrance of the slave trade and its abolition, and spread its importance to save the society from this cruel act of exploitation and torture.