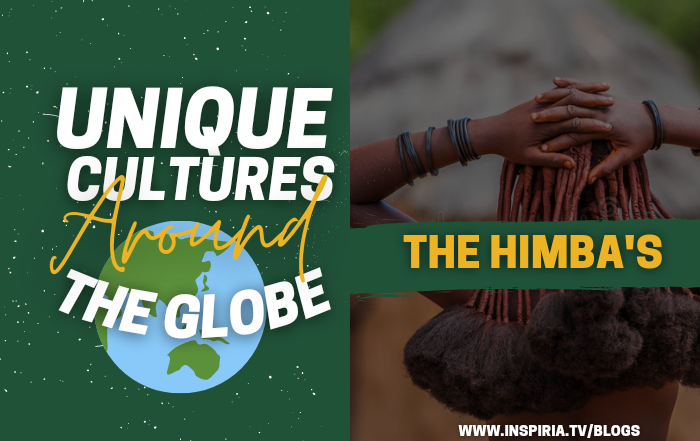 Unique Cultures Around the Globe: The Himba’s

Unique Cultures Around the Globe: The Himba’s

Cultures are what gives a particular group their identity, it’s a part of their identification, from what clothes they wear to what food they eat. It defines the people, it separates them from one another, making them unique in their own way. Cultures are the integral determinant of who the person is, the beliefs and values that one carries, what’s right and what’s not, and the ethics that one sticks to. Every group of people has their own set of cultures that has the inclusion of various elements.

Different cultures intrigue the people of the opposite cultures, there are some similarities with few variations or modifications and there are some that are totally alien to the other! Learning and discovering the culture of others is quite intriguing! The world is the witness to many such fascinating and unique cultures that have been there since ancient times and one such culture is of the Himba Tribe. The Himba Tribe resides on the northern side of Namibia in the Kunene Region and are semi-nomadic people.

The Himba’s like the other group of people have their own culture of unique characteristics that they stick to and are similar to the Herero people. The Himba’s are also known as the “red people”, the reason being, the women of this tribe apply a mixture of butter and ochre, (they get the ochre from the mountains in the northern side) known as Otjize and this gives their skin the red look which also protects them from the sun rays and keeps their skin smooth! What would your reaction be if you were told that starting from now, you are forbidden to take a bath? An Unthinkable Situation, right?! However, it’s not the same with the women of the Himba tribe, they are forbidden from taking baths, and to balance this they perfume their body by lighting some special kind of branches and creating smoke. They perfume their clothes and take a smoke bath with the smoke that is produced. The reason for this is back in the ancient time when there was a scarcity of water, only men were given access to water for washing and it has been continued till today’s time!

When we regard someone as being wealthy, on what basis do we consider this? On the basis of their net worth right! For the Himba People, net worth is not what determines who is the most affluent but rather the number of cattle that one owns is their way of determining the most affluent person! The owner of the highest number of cattle gets the affluent crown! The hairstyle of the Himba people portrays their social status and age. The young boys of the tribe have one braid while the young girls have two braids that cover their faces. This is the indication to the males that the girl isn’t yet ready for marriage. When the girl is ready to marry, the braids in the front are braided at the back which allows the suitable person to see her face, and the deadlocks are created with hair extension and straw weaved together and the goat’s hair is attached at the ends.

The women of this tribe are bare-chested and they decorate their bodies with traditional pieces of jewellery like the shell necklace on their neck that is meant for the beauty purpose, the arm bracelets, the beaded anklets. The shell around their neck also acts as a signifier and signifies fertility. The Himba Tribe also practice polygamy and the young girls are married to the person that their father chooses. While in most of the other cultures, the men are the ones who usually carry out the intensive work but in this tribe, the situation is reversed, the women of the tribe do the intensive work! Impressive!

The Himba Tribe has cultures and customs that are exceptionally striking and this is what makes them one of the Unique Cultures around the Globe! The tribe that is known for their flawless red skin and distinctive hairstyles, the Himba’s really do have a culture that’s quite intriguing!