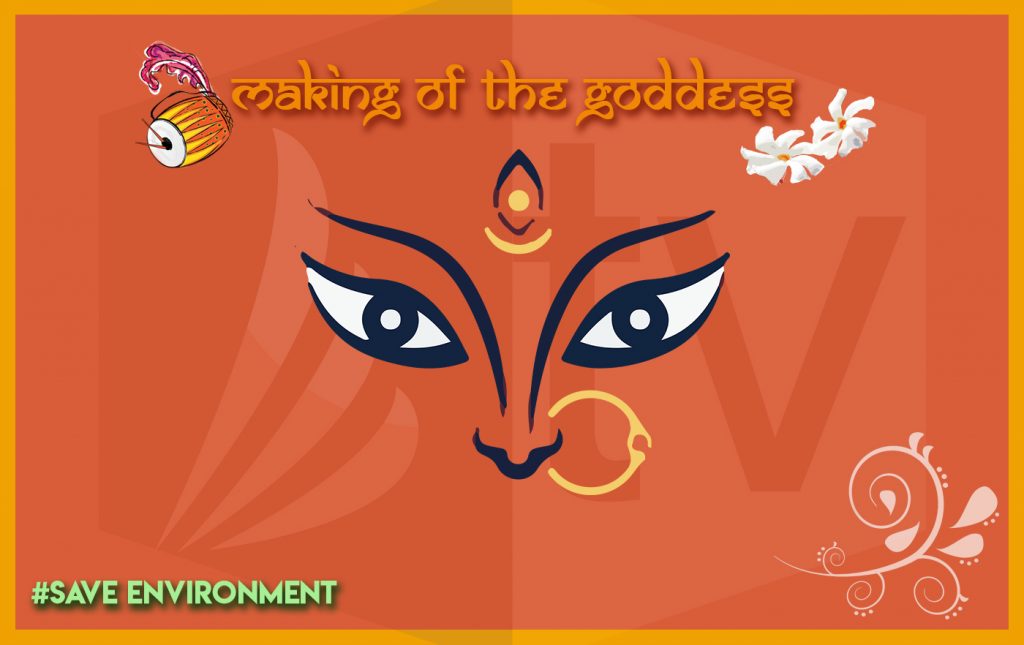 Kumartuli: Making of the Goddess Statue of Maa Durga

Kumartuli is the area of stay of the potters or generally referred to as the Potter’s Quarters. One such type of area exists close to where we live in Siliguri, a place near Air View more, the residence of the local artisans and craftsmen who have immigrated from Bangladesh.

Come Durga puja one finds canvas stretched to shelter the making of Durga. The sculptures in clay is an expression of religion. The modeling begins with the figurine of the deity made from hay. Next, the figurine is fleshed with sacred mud. The statue is built around armatures made from sticks, bamboo, lumber and so on. The base is the most important feature as it will sustain and balance the entire figurine.

The Hindus mark Akshaya Tritiya (the day of Ratha Yatra) as a holy day. Clay for sculptures of Durga puja is collected from the banks of Ganges or nearby river and mixed with the soil from the red-light areas of the city. The statue of Durga is built part by part. Afterwards, the parts are coalesced into one figurine. The face of the Goddess, for instance, is modeled separately and touched with colored brushes to draw the lips, eyebrows and nasal areas. After the modeling of the figurine from clay, different colors of many shades are prepared for painting.

It is followed by the donation or opening of the eyes of sculptures of Goddess Durga, when her eyes her painted on the auspicious occasion of Mahalaya, which is the first day of the pujas. During this period the craftsmen fast and eat vegetarian food.

The statue is made up of the following elements: clay from Bengaluru or Ganges, bamboo structures for the scaffolding, stoles, water and oil colors with brushes, planks of wood and jute fiber, spray guns with acrylic colors and colored papers for ornamentation. Skilled craftsmen have devised a rare artistry the transforms the clay statue of Durga to life-like and dazzling sculptures.

Artisans right down from ages have acquired a facility and skill, which is bestowed on them by their previous generations. The makers of the goddess have a unique ability to dress the Goddess in different styles. Accordingly, their work is a complex one, involving scaffolding, modeling, shaping the clay with humanoid features. Even the final stage of ornamentation must be taken care of after the Goddess has been clothed.

When we witness the statue of Durga, therefore, we are fascinated by her lifelike features and a silent beauty, which is a product of harmonious endeavor.

Read About Kumartuli in Kolkata: (https://www.tripsavvy.com/kumartuli-kolkata-for-durga-idols-making-4135952)