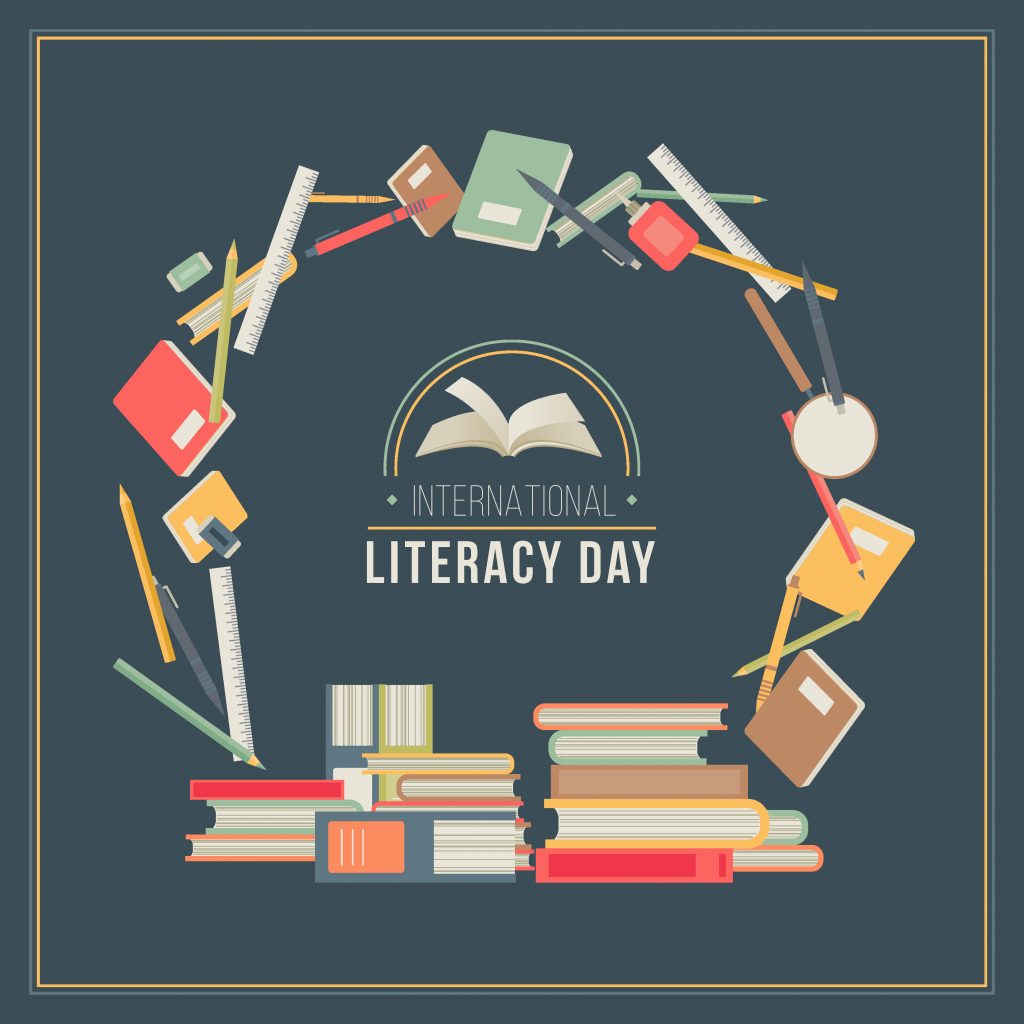 The International Literacy Day is celebrated annually on the 8th of September as a day to commemorate the significance of Literacy. Literacy holds different meaning to different individuals, for some it may be the ability to read and write and nowadays reading involves the complex  digital and the visual media along with the printed one. For some it may be the combination of various skills needed in order to function in the society and for some it may also be the ability of expressing the thoughts and being able to process new information.

There isn’t any fixed definition to the word ‘Literacy’ due to various complex factors but one can go for the definition given by UNESCO which states Literacy as the ability to identify, understand, interpret, create, communicate and compute, using printed and written materials associated with varying contexts.

UNESCO declared 8th September as International Literacy Day on 26th October 1966 at the 14th session of UNESCO’s general conference. In 1977, it was celebrated for the first time. Its aim is to highlight the importance of Literacy to the individuals and societies. Many celebrations take place around the globe on this day, the main one being held in Paris where UNESCO recognizes and awards individuals and organizations who strive to improve Literacy around the world.

The International Literacy Day comes with specific themes every year, this year it focuses on Literacy teaching and learning in the COVID-19 crisis and beyond, especially on the role of educators and changing pedagogies. The theme will focus mainly on the youth and adults. The recent crisis caused by the outbreak of COVID-19 has negatively affected the learning curve. When the pandemic hit, many nations were laid back when it came to literacy programmes in the early phase and the literacy programmes that did exist were suspended with very few programmes conducted virtually.

This International Literacy Day 2020 will provide the opportunity to discuss and to reflect on how innovative and effective various teaching methodologies can be used in youth and adult literacy programmes to face the pandemic and beyond.

Census is the major source of Literacy data in India. According to a report published by H. Plecher, in the year 2018, the literacy rate of India was 74.4% with the majority of Literate Indians being men. In a nation that is in the run of becoming one of the world’s largest superpowers, less than the half of the female population is literate. In the past years the literacy rate of India has been recorded as low as 5.35% and the reason behind being various factors like the caste-based social system, predominantly rural society, unfavourable social values towards education, extreme poverty and also the rapid growth in population.   It is also estimated that the global literacy rate for people aged 15 and above is about 86%.

Let’s have a peek at some of the interesting facts about Literacy:

Literacy holds a significant importance in the current time compared to the past. To become a literate human is the utmost need of the hour, given we all are residing in a rapidly progressing world. The economy of any nation is enhanced only when its people have a higher literacy level. Having effective literacy skills, opens the door to many opportunities and helps the people pull themselves out of poverty and unemployment. Given the current scenario along with being literate, being digitally literate is also very important. When one becomes digitally literate one can easily access the digital world and there will be no barriers in achieving knowledge. Literacy helps the people in improving their skills and shaping it too. Literacy also empowers the women and girls!

Let’s look at the ways in which we can contribute to help improve the literacy:

Let’s work together for a good cause and look forward to a more literate world.

“Once you learn to read, you will be forever free.”