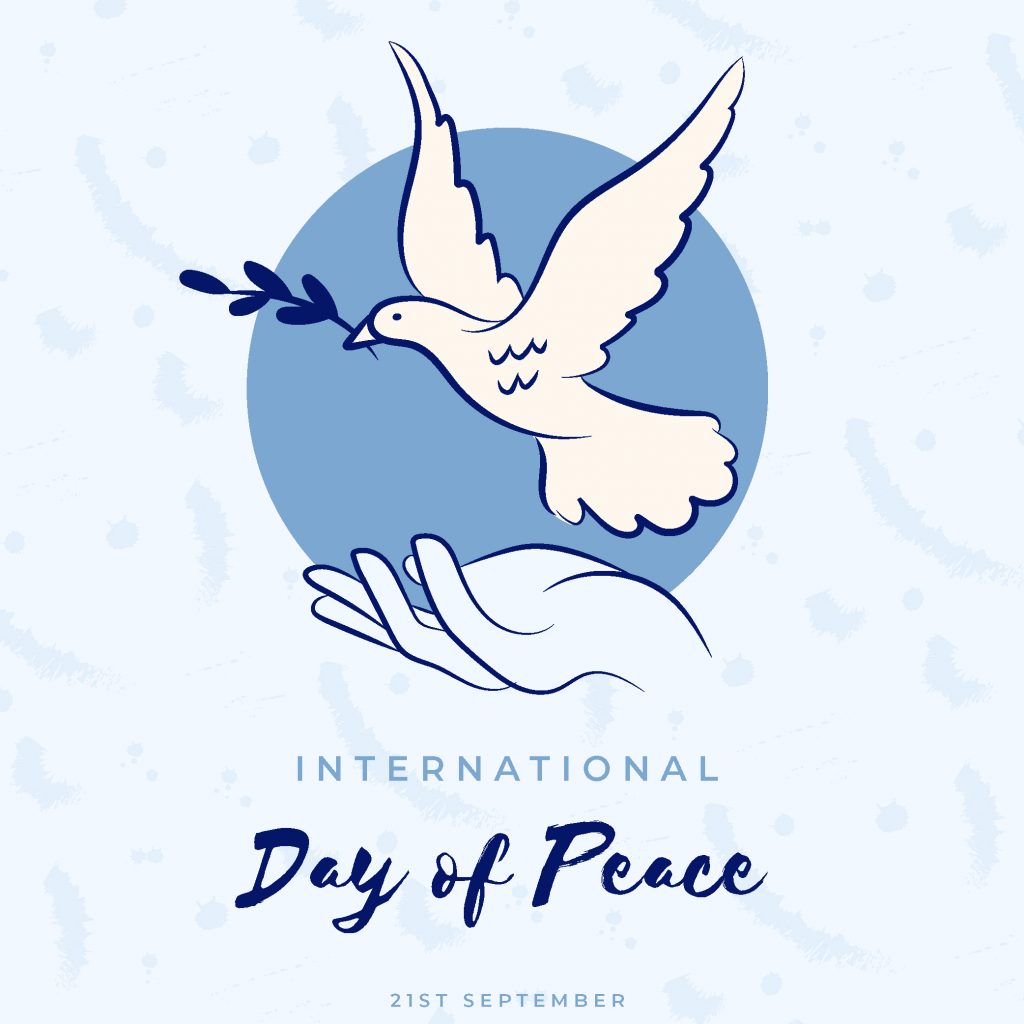 “Peace cannot be kept by force; it can only be achieved by understanding”- Albert Einstein

The longing of every nation, the ultimate goal of every prayer, a promise made by every politician and the pulse of every religious tradition: Peace. When a peaceful condition prevails, every activity takes place in it’s right form. The United Nations  International Day of Peace is celebrated globally on September 21st.

It is an annual event celebrated to commemorate the efforts of those who have worked hard to end the conflict and promote peace. The International Day of Peace was established by a UN resolution in the year 1981, the establishment of an event that reminds humanity to stick to peace above all the differences and to contribute towards the culture of Peace.

Earlier, starting from the year 1982, the day was celebrated on the third Tuesday of September each year. But this came to a halt when in 2001, the assembly decided that the day should be annually observed on September 21st starting from the year 2002 and September 21st was marked for celebrating International Day of Peace. By setting a fixed date for the International Day of Peace, the assembly announced that the day should be observed as a day of global ceasefire and non-violence.

Through this act, the UN devoted itself in maintaining peace worldwide and encouraged the people to work cooperatively for achieving this goal. It received a positive response when millions of people worldwide joined their hands towards a better cause and many events are organized across the globe to celebrate this day.  The United Nations rings the peace bell in New York City to inaugurate this day.

There are numerous activities that take place across the world on the occasion of the International Day of Peace, some of which are:

Even a small activity towards peace can play a major role in maintaining the importance of this day. Each and everyone must be aware of the significance of the International Day of Peace and should try to do a bit from their end that contributes to this cause.

The internet and the social media platform have also played a major role in spreading the message of Peace Day to the mass which has resulted in more millions of people being aware about the International Day of Peace and millions working together to end conflicts and promote peace. According to the report of the 2020 Global Peace Index, which is produced by the Vision of Humanity, the conflicts and the crisis that emerged in the past decades have begun to abate only to be followed by another wave of tension, the COVID-19 pandemic. Iceland remains the most peaceful nation in the world- a position it has maintained since 2008, followed by New Zealand, Austria, Portugal, and Denmark. Afghanistan is the least peaceful nation in the world for the second time in a row, followed by Syria, Iraq, South Sudan, and Yemen. All the mentioned nations, except Yemen, have been ranked amongst the five least peaceful since at least 2015.

The International Day of Peace focuses on different themes each year, the theme for 2018 was ‘The Right to Peace – ‘The Universal Declaration of Human Rights at 70’, for the year 2019 it was, ‘Climate Action for Peace’ and for this year the theme is, ‘Shaping Peace Together’. A theme that urges the people to spread kindness, compassion and hope in the face of the COVID-19 pandemic and to stand together with the UN against the attempts to use the virus to promote discrimination and hatred.

It’s evident that this year the common enemy that we all need to abolish is the ‘virus’ which has taken a toll upon the lives of many individuals. The Dove flying with an olive branch in its beak is the common symbol to mark this Peace Day. The white dove is generally considered as the sign of Peace in Christianity, Islam and Judaism.

Each and every nation must work together to maintain peace between them and help each other grow as developments take place in the nation where there is peace and is aloof from violence.

So, this International Day of Peace let’s contribute to this cause and try to maintain a peaceful environment that is unknown to violence.