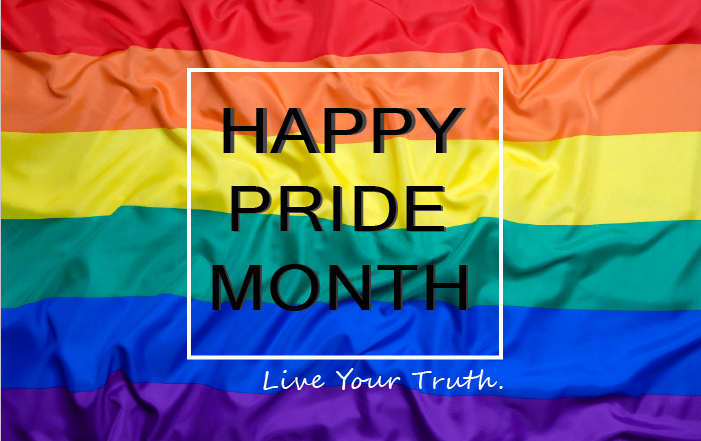 Each and everyone has their own identity, right? You fall under a specific gender, while filling out any forms you tick one of the boxes, and then there’s Other. They are those who don’t identify themselves as the “preferred gender”. They are the LGBTQIA+ and they too have their own gender identity. The month of June is celebrated as the Pride Month, followed by parades, marches, workshops, events, although this year because of the pandemic it might shift to the virtual mode. The month that celebrates the different forms of love, gender, followed by acceptance, although this shouldn’t be limited to just one month, it should be there throughout the year, after all, accepting people in the way they feel comfortable shouldn’t be hard or bothering!

Did you have to fight for a dignified life or your gender identity? The answer to this will weigh more towards the NO side. The maximum of you didn’t have to go through this fight but there are many who had to and are going through this. WHY? Because they opened up and embraced themselves for who they truly are and no longer resemble the gender assigned at birth. What can be more disheartening than having to raise your voice and fight for who you are, for your identity to be recognised?!! The Pride Month is celebrated in honour of the LGBTQIA+, the battles that they have had to fight, how far they have come by overcoming all the obstacles and the journey that’s yet to cover. The month is all about learning the act of acceptance and embracing, the learning about pride, history and above all of these, Love! Love doesn’t have any proper definition, it’s something that cannot be put into mere words. Love isn’t about having a girlfriend or a boyfriend, it’s about having that person in your life with whom you feel the connection, the warmth, there’s an understanding level, a bond where you feel mattered and involved, and the thought of that person makes electric spark run through your veins!! There are no judging parameters in Love. Love is love; it is universal.

Since ages, a boy is meant for a girl and a girl is meant for a boy has been stamped into the brains of the people, moreover it has been set as a rule! And this is the big hurdle that’s restricting the acceptance on a huge scale as people consider only this particular relation to be “normal”. The LGBTQIA+ shouldn’t even actually be labelled as a separate entity, they are a part of the same society, their existence shouldn’t be questioned! The stigma still surrounds the LGBTQIA+ and people often refrain from even uttering it! The taunts that they receive in return, the fear of humiliation one will have to face and the fear of being labelled as “different” is what stops them from coming out of the closet! This should be put to an end, acceptance over ignorance!

Be a supporter and raise awareness about the LGBTQIA+ members because they still are in the state where they are constantly put in a position where they have to prove and fight for recognition. Contribute in making a world that normalizes the existence of LGBTQIA+ without any hesitation. One doesn’t have to identify as any to support the movement, they can simply be an ally and show their support. Here are few ways how you can show your support:

And if you are someone who is thinking of coming out, just know that it’s natural the way you feel, take your time, when you feel you’re comfortable you can come out and everything will fall into its right place.