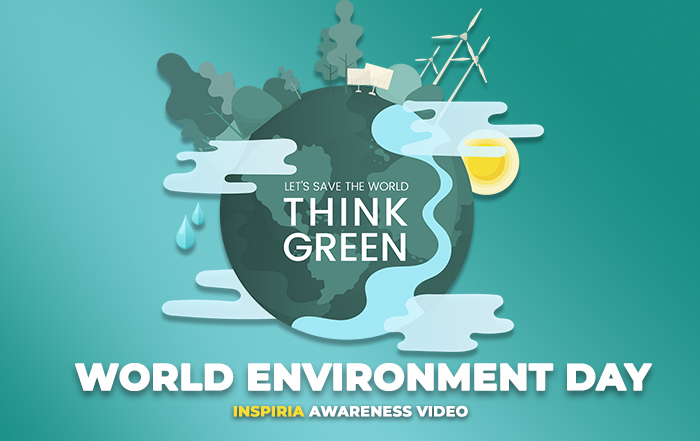 MAN, NATURE & COEXISTENCE – How Close Are We?

“It oozes rather than flows,” on June 22, 1969, a river fire captured the attention of Time magazine which initiated the environmental movement in USA, recognized as the parable of the burning river which has become an eternal emblem of environmental neglect across the globe. The Cuyahoga River that caught fire multiple times during 1950’s and 60’s when sparks from a passing train set fire to oil-drenched debris floating on the water surface. In 2013 the flash floods in Uttarakhand carried away countless lives and 5,700 people were presumed dead; devastating the divine land. We term it as a natural catastrophe however the insatiable human desires have huge contributions for the annihilation of the ‘Valley of Gods’. Our insensitivity towards the environment is one of the reasons for it’s ailing condition. Human beings do not possess a control over the natural calamities however through systematized efforts can reduce the intensity of destruction. Environmental scientist Dr V.S. Vijayan, a member of the expert panel on the Western Ghats, said Kerala was going through a man-made disaster in 2018 during the flood. Analysis from Global Forest Watch shows significant tree cover loss between 2001 and 2014 and the abolition of forests in the catchment areas of dams, alteration to mono culture agricultural estate, and unlawful construction and farming on slopes exceeding 30 degrees are some of the man made dynamics for the landslides and flood.

With the wheels of technological progression, comes the ogre of environmental degradation that leads towards a point of no return. In the expressions of Mr. Edgar S. Woolard, “Our continued existence as a leading manufacturer requires that we excel in environmental performance.” In the present day terminology, we live in a tech-driven world where one can conjure a world of unending happiness with a flick of finger; we attain gratification and the earth pays the penalty. According to Global E-waste Monitor (2017), Asia generated the largest amount of e-waste (18.2 Mt), followed by Europe (12.3 Mt), the Americas (11.3 Mt). By 2016, the world generated 44.7 million metric tonnes (Mt) of e-waste and only 20% was recycled through appropriate channels. According to International Labour Organization’s International Programme for the Elimination of Child Labour (IPEC), children often undergo rigorous crisis from poor labour conditions and face various hazards, varying from industrial accidents to heavy metal and chemical poisoning, and ergonomic and psycho-social problems as a considerable number of children come into contact with e-waste while scavenging on various waste sites. The lethal chemicals as arsenic, lead, mercury and chromium has turned out to be hazardous for the present and future generation. We suffer and eventually condemn our destiny; the Victorian realist, Thomas Hardy in his novel The Mayor of Casterbridge, proclaims, “It is clear that all our misfortunes are caused by our own mistakes, it’s hard to blame ‘fate’ or ‘destiny’ for the bad things that happen to us.” To cope up with the severe environmental loss, the World Commission on Environment and Development came up with the model of ‘sustainable development’ in the year 1987. Lester Brown in his book The Global Economic Prospect states, “Let us make this world a better place for those who are yet unborn. Let us not deliver them a world exhausted of all the resources, a world that lacks a healthy environment.” Our unsympathetic approach towards the nature has more or less rendered to the prevailing predicaments the generations face today. The unsustainable growth and the mechanistic view have substantiated the way to the despair of mankind.  India has been ranked 177 among 180 countries in the Environmental Performance Index (EPI) in 2018. Where do we actually stand? The WED 2019 theme focuses on curbing ‘Air Pollution’. Are we really aware of the quality of the air that we breathe? In some of the cities the Air Quality Index (AQI) has risen above 200 resulting to the unhealthy air quality standard.

In the enchanting words of Wordsworth, “Nature never betrays a heart that loves her.” Even the theme of World Environment Day for the year 2017 is based on the perception ‘Connecting People to Nature’. A hundred year old small village in the East Khasi Hills in Meghalaya, Mawlynnong, has earned the title of the Asia’s cleanest village which has excelled in the area of waste management, conservation of resources and maintaining a healthy environment. The community has taken the responsibility of maintaining a balance between the nature and development. The village welcomes all with the catchphrase, God’s Own Garden with a directory of do’s and don’ts to keep the village clean and pristine through foundation concepts of sustainable development. In 2003, the travel magazine Discover India conferred the village with the title of ‘the cleanest village’ which initiated a boost in tourism industry in Meghalaya. Perhaps our change in approach towards nature may secure the unborn; as Margaret Thatcher articulates, “No generation has a freehold on this earth. All we have is a life of tenancy– with a full repairing lease.” And the parable of ‘burning river’ will continue for perpetuity if not taken care ‘today’.