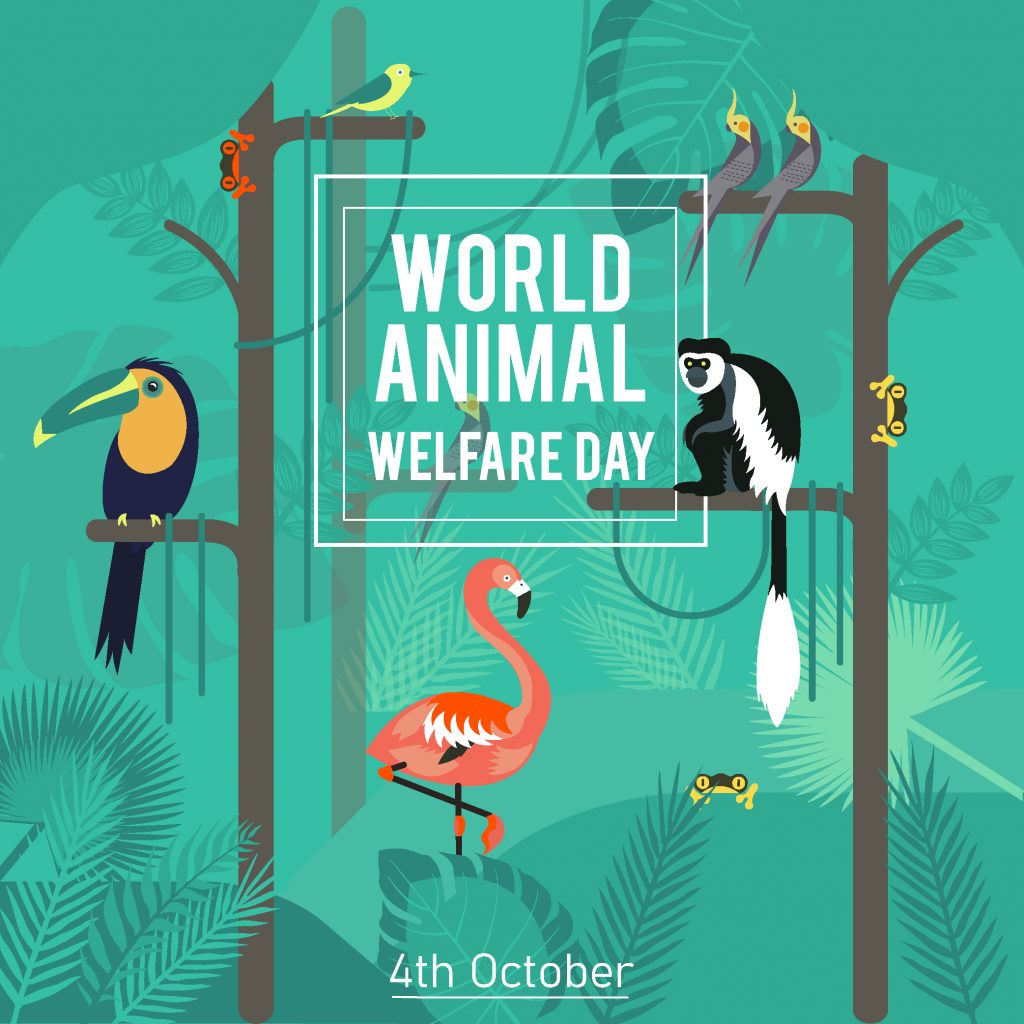 WORLD ANIMAL WELFARE DAY: TOWARDS A CRUEL-FREE TOMORROW FOR OUR FOUR-LEGGED FRIENDS

WORLD ANIMAL WELFARE DAY: TOWARDS A CRUEL-FREE TOMORROW FOR OUR FOUR-LEGGED FRIENDS

Way before the arrival of man in this world, the world had the animals, since then man and animals have coexisted. The history of the relationship between these two distinctive beings can be traced back to time immemorial. Animals are an important part of the whole chain as much as the human beings are. Animals are an inseparable element of human life and the ecosystem, they too deserve to live a better life and in a world that cares for them.

SIGNIFICANCE OF THE DAY

The World Animal Welfare Day is celebrated globally with an aim of making this a better place for the survival of Animals which too are a part of it. It’s the day when all the animal lovers from around the world work towards the same meaningful cause. The day focuses on improving the animal welfare standards globally with the helping hands coming from the individuals, groups and organizations. The involvement for this day is crucial for all. One cannot turn a blind eye towards all the mishaps happening with these voiceless creatures. The inhumane treatment that the farm animals go through is not something that is new, illegal hunting and selling of the same, negligence to the stray animals and not counting them in the state of natural disaster and calamities! So, this particular day is a beautiful way to unite together for the Welfare of Animals around the globe. A little effort from everyone can play a major role in making the world a better place for them. A world without the animals is impossible so it is important to understand their importance and to be kind towards them in every possible way! Because being kind doesn’t cost a penny! And through increased awareness building a compassionate culture is possible that welcomes the welfare of these by open arms!

WHAT CELEBRATIONS CAN BE DONE?

The Day has been widely accepted and is receiving a lot of appreciation and involvement from the people and is celebrated in a variety of ways. Some of the celebrations that take place are mentioned in the list below:

When all say- Every Life Matters than this surely includes the lives of the animals too right? Every breathing creature on this planet has the right to live but animals being voiceless are deprived of this right and have to go through many inhumane sufferings. But with the moving time and the peoples’ love for them, many organisations like League Against Cruel Sports, Voiceless, Private Freedom Project, STRAW India, American Society for the Prevention of Cruelty to Animals (ASPCA), The Humane Society of the United States (HSUS), etc. are working and are fighting for providing legal protection for the animals and their rights and a ban on such practices. These organisations are concerned with the health, safety, and psychological wellness of individual animals.

Here, have a look at some crazy random fun facts about animals that you may or may not know. So, let’s kick start the fun facts with the fun fact about the World’s happiest animal!

So, which among the above-mentioned fun facts did you find the most interesting?

This Animal Welfare Day do your bit to contribute to the cause and lend your hands in creating a Cruelty-free world which the Animals can call home.

“Living with animals can be a wonderful experience, especially if we choose to learn the valuable lessons animals teach through their natural enthusiasm, grace, resourcefulness, affection and forgiveness”– Richard H. Pitcrain