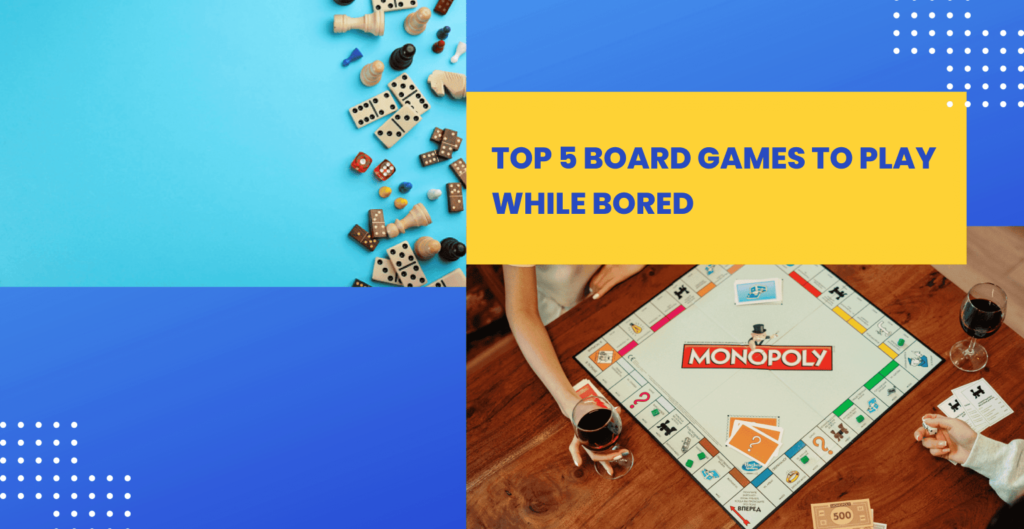 Bored of scrolling through instagram, creating pinterest boards, and listening to the same artists on spotify, here are a few board games you can try with your mates to keep you occupied for quite a while.

Most of y’all know UNO as a card game. It’s a pretty simple sport, provided you are conscious of the rules, well the rules have been altered quite a few times in recent history, and if you are not accustomed with them, no worries, we’ve got your back. Basically the main objective of the game is to be the first player to complete the game with 500 points. The 2018 edition of the game consists of 112 cards: 25 in each of four colour suits (red, yellow, green, blue), each suit consisting of one zero, two each of 1 through 9, and two each of the action cards “Skip”, “Draw Two”, and “Reverse”. Skip can be used when the next player in sequence misses a turn, Reverse can be utilised when Order of play switches directions clockwise to counterclockwise. The DRAW2+ signifies that the next player in the queue draws two cards at once and also misses a turn. The deck also contains four “Wild” cards, four “Wild Draw Four”, one “Wild Shuffle Hands” and three “Wild Customizable” UNO recently introduced the new WILD CARD. Its a card in black that contains all the four colours and the alphabets of the word ‘WILD.’

Shogi was the earliest chess-related historical game to allow captured pieces to be returned to the board by the capturing player . Naruto fans will be pretty familiar with this game, yes you are right , this was the game that Shikamaru and Asuma Sensei used to play, also later in the series after the death of Asuma, Shikamaru is seen playing shogi with his father Shikaku. Shogi, also known as Japanese chess, is played on a wooden board containing 81 squares in a grid of 9. Each player sits with a set of 20 flat wedged pentagonal wooden pieces. Besides the king, opposing pieces are identical. The game consists of 8 main pieces. A king, a rook and a bishop. 2 of golden and silver generals, followed by 2 knights and two lances, and last but not the least 9 pawns who can move only one square at a time.
The wooden pieces have their name written in the form of Kanji, and just like regular chess the final objective is to checkmate the other player’s king. The game of shoji is said to be one of the oldest games in Japan .

Also known as Crossword, Scrabble is a word game which allows a maximum amount of 4 players at a time. It’s a pretty simple game to begin with. The players get points by arranging the tiles with the alphabets onto a board which is divided into a 15*15 grid of squares. The tiles should form words that are readable from either left to right or vice versa, keeping in mind the words are issued in a standard dictionary at the current age and time. Playing all of the seven tiles is termed ‘ Bingo!’. Every time a player forms a new word , he/she scores separately and finally the scores are added up and the one with the most scores goes on to win the game.

One of the most popular games in this list , if not the most popular game. The game is played with 63 blocks. Each block is three times as long as it is wide, and one fifth as thick as its length. Each block has a miniature variation to create minute imperfections. The main objective of the game is to build a tower while making sure that the blocks do not fall apart. .The basic rule says that Each player may use only one hand to touch the tower or move a block at any given time, but may switch hands whenever desired. Once a level contains three blocks , it is complete and the players must move on to the next floor. The denouement of the game arrives when the tower collapses, which naturally takes place either due to the placing of a new block or removal of an old one.

With over 275 million copies sold , Monopoly remains one of the most prominent multiplayer board games. Monopoly has quite a few versions but we are going to discuss the standard one. A metallic token stands as the representative for each player, which is moved according to the dice. The game comes with a huge amount of equipment. A pair of six sided dice accompanied by thirty two houses and twelve hotels and cash worth $20,580. Each player begins the game with a token placed on the go square and gets $1500 in their bank as play money to begin with. Players who land on GO can collect $200 from the bank, and the players who land on income tax have to pay the required amount to the bank. When a player lands on chance , he/she has to draw a card from the deck and follow the mentioned activity. It might be paying a particular amount to bank or withdrawing from the same. JAIL: the jail rules have been altered in a few countries but the monopoly website clearly states the conditions required to face the sentence.

Properties: If a player lands on any property that is not under anyone else’s possession , they have the opportunity to either skip the property or buy it. If they decline , the property is auctioned off by the bank to the one who comes up with the most handsome bid.

A player who fails to pay off his/her debts is termed as bankrupt and is disqualified from the game. Make sure to spend your money wisely!

The game finally comes to an end when all the players are bankrupt except one person, or if a player officially achieves all the available properties.

That’s it , hope you find these board games enjoying. 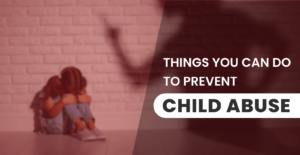 Things You Can Do To Prevent Child Abuse

You can take important steps to protect your child from exploitation and child abuse, as well as prevent child abuse in your neighborhood or community.