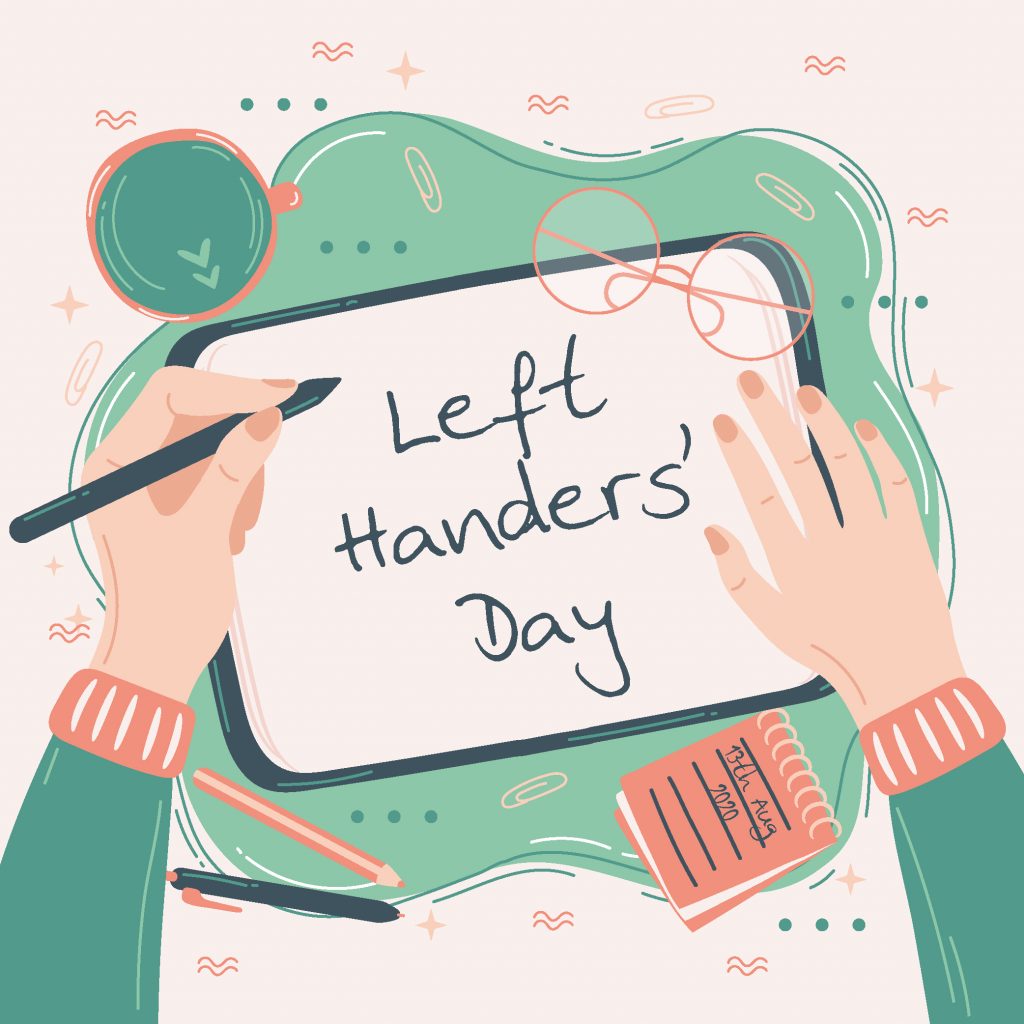 Have any of you ever wished for a day that celebrates and acknowledges your uniqueness?! Well, being a left-handed person is definitely unique and the 13th of August is just the day for all the left-handers. The International Left Handers Day is celebrated every year on the 13th of August to celebrate sinistrality (a state where the left side or it’s parts or members are more efficient than the right side). It spreads awareness about the various advantages and disadvantages that the left-handers have. This day was first observed in 1976 by the founder of Lefthanders International Inc., Dean R. Campbell.

In a world filled with the majority of the right-handed people, the left handers stand with a given percentage of 10.6%, according to global study of handedness researchers from across Europe, led by the National and the Kapodistrian University of Athens and in the UK by the University of St. Andrews. From the very beginning, the left-handed people have been adjusting in the predominantly right-handed world. The world is yet to understand problems and struggles for the left-handers.

The most of this man-made world has been made taking into consideration the right-handed majority. When we take a look around, we will notice that even the basic things have been crafted as per the convenience of the right-handers. For example, the scissors, the ergonomic scissors, which is no less than a torture for the lefties! The can openers for an instance without taking into account the left-handers can opener! And what about the guitar enthusiasts, they will have to flip the thing over and restring it the opposite way! The most well-known of the left-handed guitarists has to be Jimi Hendrix, the left-handed guitar god.

Another struggle that the left-handers have to go through is with the cameras as the shutter button is always on the right-hand side. So, this serves as a disadvantage to the left-handed photographers and videographers till the time they get used to it. They also have to deal with the right-left elbow war as the chance of getting another lefty by your side is low so obviously when a righty is at the side of a lefty, a battle is commenced!

If we talk in context of Indian personalities then let’s kick start with the latest one, Narendra Modi, the newly elected Prime Minister of the country is the latest example. Next, we have the business tycoon, Ratan Tata, who has locked all the deals using his left hand! Mass number of fans whistled and cheered when those hundreds and sixes were scored by the left-handed Sachin Tendulkar! Amitabh Bachchan and Abhishek Bachchan, both the Bachchan’s are left-handed! And! And! How can one ever forget about the person who led the free India movement and is the reason for free India, the Baapu of the nation, Mahatma Gandhi. Yes, Gandhiji walked the nation to the paths of freedom with the stick in his left hand.

There are several traits that are attached to a left-handed person and let’s have a look at these traits and you can decide for yourself, if you are a lefty, to what extent they are true!

So, to what extent did the above-mentioned traits prove to be true??

So, on the 13th of August, do not forget to celebrate the lefties in your life and acknowledge their uniqueness.

“The left-handed are precious; they take up places which are inconvenient for the rest”- Victor Hugo