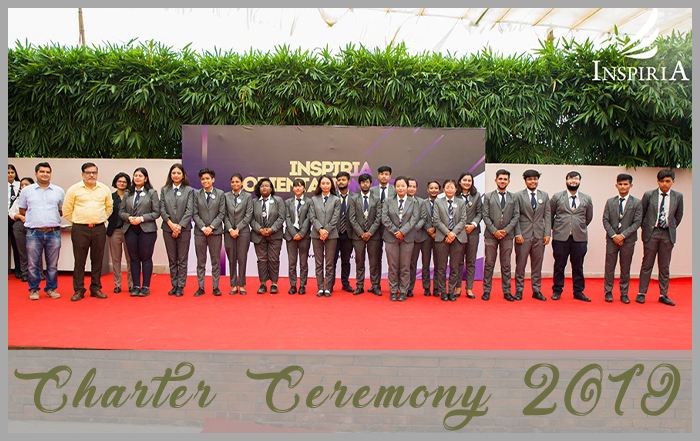 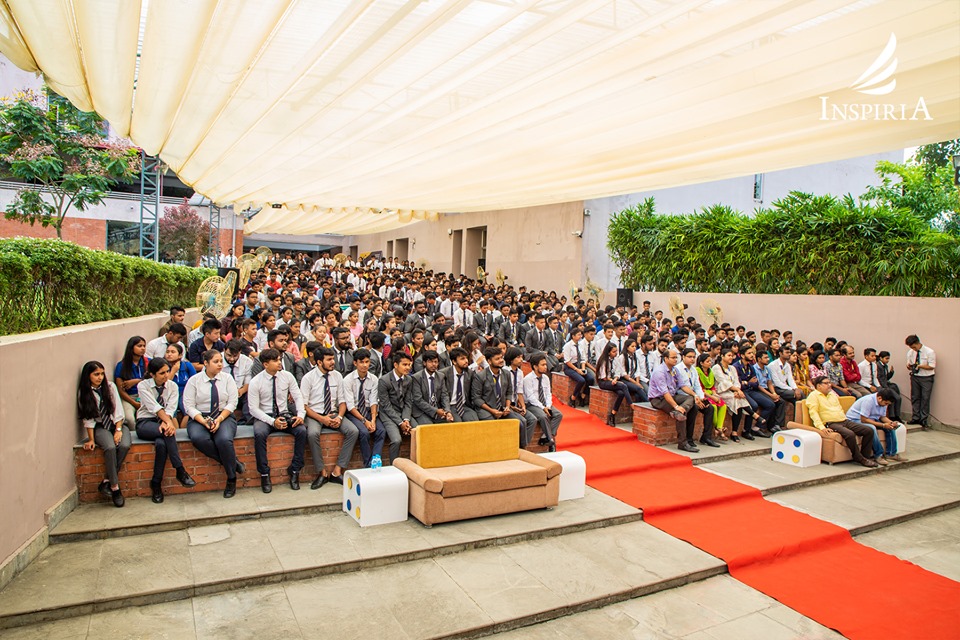 Venturing forth to yet another successful year of constant growth and progress and in order to commemorate the efforts by the inspiring Inspirians and to lead the odyssey forward,

Inspiria Knowledge Campus celebrated its 4th Charter Ceremony where students and faculty gathered to welcome the Student Council and honour their endeavour with pride and privilege.

It was a Red-letter day for Inspiria TV as it celebrates the paper anniversary on 9th July, 2019. Over a span of one year, the channel has successfully inculcated talent and creativity in each student in transforming them into a professional entity. The members have gained incredible practical exposure in various fields while working for several projects in various genres. With the cut-throat competition faced in the industry, the students are exposed to the scenario of how a media house work. Keeping this in mind Inspiria TV conducted an interview on 31st July, 2019 for 20 positions based on which the candidates were offered with individual responsibilities. The interview was conducted by Mr. Jayshankar Gopalan (Vice President, Knowledge Centre, Kolkata) and Soumi Bhattacharjee (HR Manager, Inspiria Knowledge Campus).

The purpose of the interview :

The Vice President (V.P.) and Team Leader (T.L.) positions for Inspiria TV were announced. They were given badges by Mr. Indrajit Chatterjee and Mr. Rahul Gupta in with the Orientation week held at Inspiria Knowledge Campus. The 1st year students got an idea of the various fragments that develop a media house. Guiding them through the learning process and instilling in them a sense of professionalism; Inspiria TV has taken a step further to bridge the gap between the Industry and Inspirians. 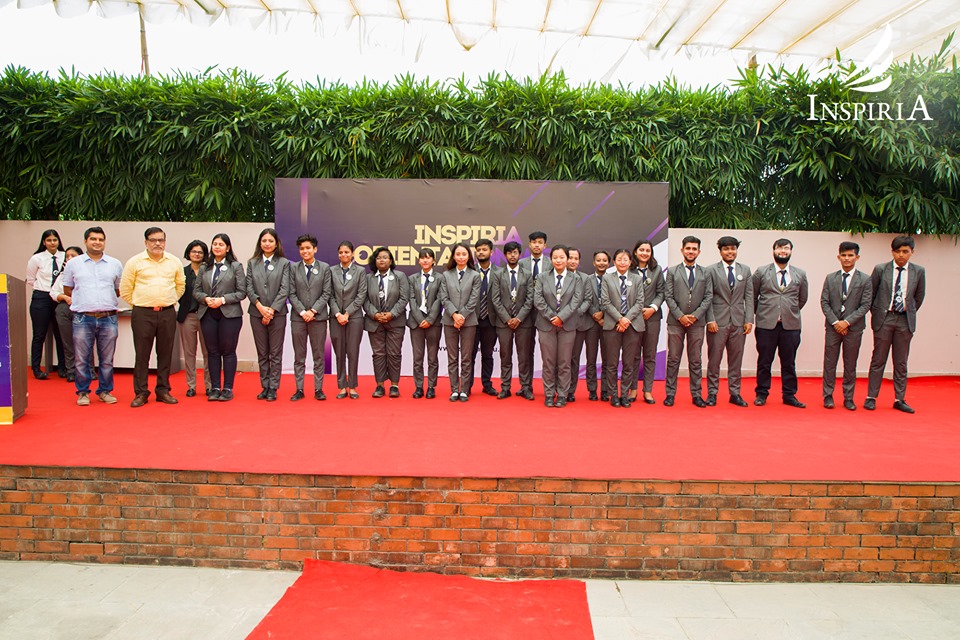 The newcomers had witnessed the ceremony and showed great support to stir up the pervading gusto. The ceremony included a photo session of all the newly appointed leaders of Inspiria TV along with Mr. Indrajit Chatterjee (Head of Academics), Mr. Rahul Gupta (Operations Head) and their mentor Prof. Steffi Prasad (Coordinator Media Science).

Inspirians witnessed the resplendent event of welcoming the working committee for Inspiria TV with the aspiration which endeavours towards holistic growth, setting benchmarks and grooming upcoming media professionals. Backed by applause and ebullient acclamation on the 1st of August, Inspirians were filled with enthusiasm and positivity. The Ceremony concluded on an optimistic message to encourage students to aspire towards success and prosper in their respective fields. The Student Council was commended and applauded for their accomplishments and entrusted with responsibilities to carry on with their progress and take Inspiria to a different level in the coming years.