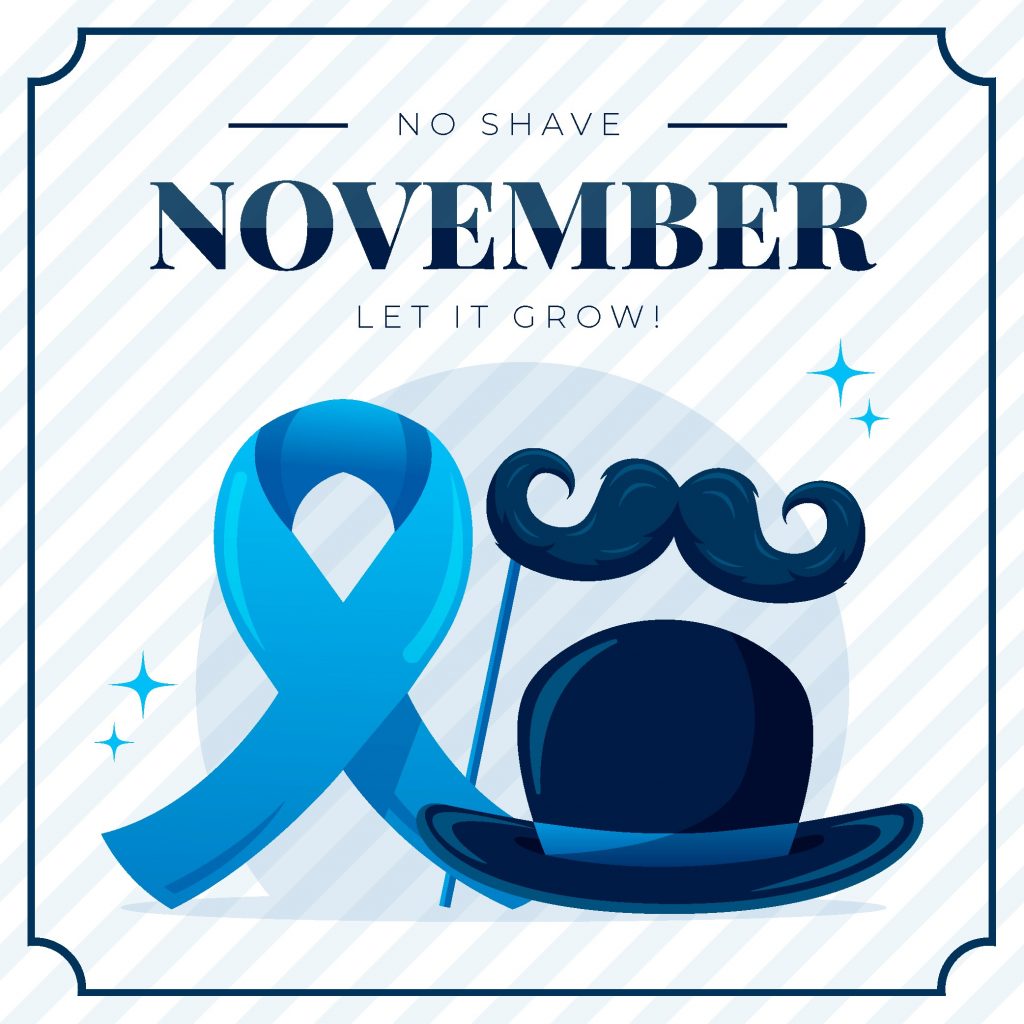 The month of November brings the joy of festivals and the season of fall. When the cool winter breeze just begins to hit and birds find their way to the south, the trees begin to shed their leaves to welcome the new ones. The month of november also signifies the month of change and a month to celebrate the greatest gift of nature i.e. life. But not everyone’s life is as merry and beautiful as yours.

There are people who are fighting day each day to live a day more. People who are dealing with cancer or something as bad as depression. These people need our extreme support, love and care so that they see a ray of positivity coming their way and their hope stays alive. Therefore, one such positivity is brought by a group of  rockstars in early 2000s by a campaign called Movember or more commonly known as ‘No Shave November’. Started in Melbourne, Australia where Mo- a slang for mustache  and november- a month chosen for a great cause.

What does No shave November mean?

No shave November is an annual charity fundraising event when men don’t shave or groom for a month and instead save that money which they would generally spend in grooming and donate it to help people who are fighting with prostate or testicular cancer. The simple idea behind this is to collect funds that would normally go toward grooming activities like shaving gel, razors, haircuts, and so on instead supposed to be donated to cancer charities. Not only this but the campaign no shave november holds yet another objective as well. The other concept is based on growing one’s hair free and wild as a sign of appreciation that one is lucky enough to still have hair while the cancer patients generally lose their hair as they undergo chemotherapy.

The purpose of the campaign.

The main purpose of the campaign is to create awareness and spread a word about the health issues that men face. Usually the world is more focused on improving the conditions of women and children, while we lack attention to the physical and mental well being of men. Therefore, to bridge this disparity and to draw the attention to health of men with an intention of creating a platform  where these issues can be resolved the following campaign was introduced.

The Movember foundation that was step to raise the global awareness about the men’s health regarding prostate cancer, testicular cancer, depression, prevention of suicide and to encourage healthy living among men across the world. This is basically a challenge undertaken by men around the which challenges men to grow hair throughout the month of November and enable them to strike a conversation around the various health issues faced by men and thereby, spread awareness and raise funds for men’s health programmes across the globe.

People around the participants will notice a change in their grooming routine and this will provide men with the opportunity to talk about the Movember movement. They can then explain that they have given up shaving for this month, in order to raise awareness about the various mental and physical problems faced by men.

Generally, men are stereotyped to keep up the appearance of being strong and not complain about mental health-related problems. They are also expected to deal with their emotions in private without seeking any outside help. The Movember movement looks to break such social stigmas that prevent men from seeking help when required. By opening up discussions about this issue in workplaces and homes around the world, the movement hopes that men will be able to seek medical care, in a timely fashion.